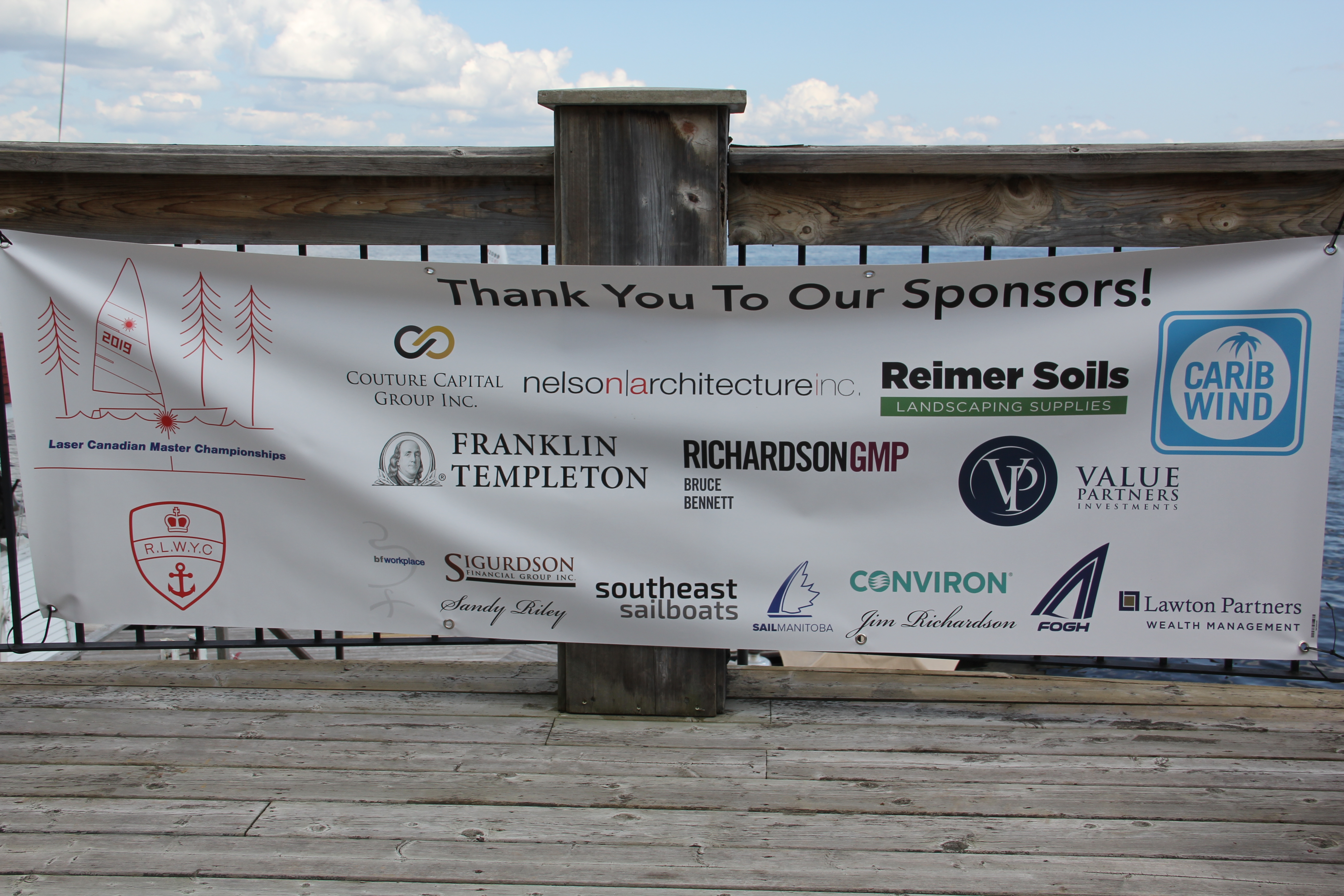 The 2019 Laser Standard and Laser Radial Canadian Masters Championships were held at Royal Lake of the Woods Yacht Club in Kenora Ontario from August 16-18. Thank you so much to Lee Nagy for her recap of the events in Ontario!

A fabulous time was had by all the 14 Alberta sailors and their much appreciated support team of 7 at the recently held Canadian Laser Masters’ Regatta 2019 at Royal Lake of the Woods Yacht Club, Kenora, Ontario.  This was the biggest contingent of masters sailors from Alberta heading to an out-of-province regatta. It surely won’t be the last.

The winds were everything from light and shifty to very strong, gusty and shifty.  It made for fun, challenging and, for some, wet sailing. The competition was fierce and Alberta sailors were right in there in the fleets of 13 Radials and 33 Standard Rigs. Stephen and Lesley Reichenfeld (CYC) placed 2nd and 3rd, respectively, in the Laser Radial fleet and Barry Tee (WSC) placed 3rd in the Standard Rig fleet with Mike Hooper (CYC) right behind in 4th place and Phil Paxton (CYC) in 8th position. For full results, click here.

A strong shout-out goes to all the RLWYC members that hosted the Alberta group at their cottages on the islands.  Their hospitality was bar none. Thank you to RLWYC for putting on such a great regatta and for handling all the logistics of getting people and boats to an island yacht club and back and forth to island cabins.  The camaraderie, food and dancing to a live band was like being at summer camp. Such fun. It felt like being 13 again.

Thank you to Stacey (ASA) for her support both on and off the water, to TIna (CYC) and John (NSC) for driving many of the boats out and back safely on the ASA trailer and John’s trailer, to David (CYC) for getting this adventure underway and coordinating the logistics of the boats and to Andy (CYC) for his special talents as Dolly Boy!

See something cool going on in the Alberta sailing community recently? Have an idea for a blog post or article? We would love  to hear about it! Drop us a line at office@albertasailing.com